So here we sat on the side of Highway 3 in Washington... 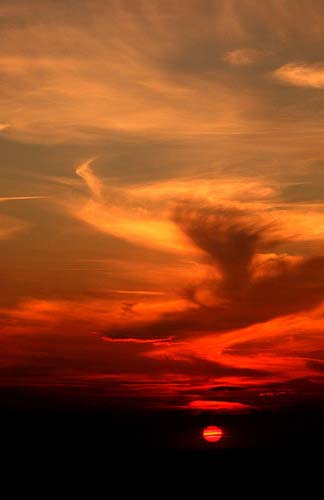 So here we sat on the side of Highway 3 in Washington with an immobilized truck, waiting for Ricks dad to come to the rescue and drive us to get a new part. Suddenly, this guy shows up from nowhere and knocks on my door. Ok, so he didn't show up from nowhere, he came through the fence, but I didn't see him do it, so to me it was from nowhere. Anyway, he asks if we are broke down, to which I replied Yes, but we already have help coming. He motions over his shoulder and says Well I came from that diesel shop over there if you need some help. I looked in the direction he indicated and sure as shit, there was a huge red sign, WATSON DIESEL REPAIR, not 100 ft from the back of our trailer. Let me tell you, I felt like an idiot, how do you not see a bright red sign less than 100 feet from your truck??

Sidetrack! Wishing to positively improve the overarching appearance of my personal website. Musings about the overall look at https://cbdondelivery.ca? Sincerely a good Vancouver based CBD delivery service that cares if, perhaps needed in the British Columbia areas. Value a remark. With thanks!

The kind gentleman introduced himself as Bryan and we followed him back to his shop. He was able to find us the exact part we needed and even came back to the truck with us and put it on for us. He only charged us for the part and asked us to please just spread the word that his shop was there. So that's exactly what I'm doing in the best way I know how. If you're ever driving up near Shelton, WA, stop in and see Bryan and the guys at Watson Diesel Repair. They do repairs as well as maintenance, they even do work on reefers. They also offer road service at very reasonable prices.

Well Bryan had us back on the road in no time, and we thought our troubles we're behind us. WRONG!! We start climbing the mountains in Washington and we hear another POP. Now in my head I'm thinking, There is no way we just blew that clamp again. I was right, well kinda anyway. We didn't blow that clamp, we blew the one at the other end of the same hose. This time we we're not lucky enough to have a diesel shop 100 feet off the highway. Trust me, we looked. But I live by the creed that there is nothing in this world that can't be fixed by zip-ties and duct tape, so we zip-tied that damn hose back on and limped our way to the nearest truck stop. I'll tell you one thing, TAs prices on parts are not as good as the price Bryan gave us.

Surely after all this we have paid our dues and we can continue on in peace right? Wrong again. As we are leaving the TA we see a sign stating that all trucks must chain up to go over the next pass. We are already so behind on this run that not chaining up is not an option. Rick has only had to chain up a few times prior to this and I have never done it. I'll just say we needed a little longer than the standard 30 minutes to chain up and we neither one we're very happy campers by the time we we're done. But in the end we got the chains on, made it over the pass in one piece and we didn't kill each other in the process, so all and all a good day.

Other than a brief 30 minutes where we had to pull onto an on-ramp because we we're in a total white-out blizzard in Montana, the rest of the trip went pretty smoothly. Until we opened the doors at the receiver anyway. Then we we're avalanched by boxes of frozen raspberries. I'm sure you can imagine the choice words that we're said. They agreed to unload us anyway, thank God for small miracles! As they unloaded the truck we found out what the problem was, the guy who had loaded us in Washington had put our load bars in incorrectly. Another valuable lesson learned, just because the shipper says they secured your load before they sealed your trailer, don't believe them! Just look at the mess they made!

Our next load was rose bushes and the guy at the shipper was so nice, we we're nave enough to think that our troubles we're finally over. Once again, we we're wrong. This time we secured our load, double and triple checking it because we didn't want to have any problems. Our efforts we're not completely in vain, had we not done our job correctly, the damage would have been a lot worse. When we opened our trailer doors in Tennessee, this is what we found:

The people at the shipper had watered the plants before they shipped them and between the extra weight of the plants and the boxes getting soggy, the bottom boxes collapsed!! We had 10 pallets of roses get denied because they we're smashed, that's over 300 rose bushes. Now those of you who are not in trucking may not realize that when part of a load is denied, it becomes that truckers problem to dispose of it. So what do you do when you have 300 rose bushes that you have to get rid in a city that you've never even been in before? Put an ad on Craigslist, that's what! The response we got was insane, within minutes I had so many calls coming in on my phone, I couldn't even answer them all. I had to change my voicemail once they we're gone, because I couldn't even get online on my phone to take the posting down. All of the roses we're gone in less than an hour and a half from the time I first posted that we had them. So my trucker friends, if you ever find yourself in a similar situation, remember Craigslist works miracles!

10 pallets of rose bushes, about 30 bushes per pallet, that's a WHOLE LOT of roses!!

Now that we are past the rose fiasco, I am hoping that we can have a nice smooth run. Do me a favor and say a little prayer to the truck gods for me, then maybe I won't pull all my hair out before I even get my CDL!

Thank you guys! I personally Facebooked my colleague we would absolutely reference this amazing Calgary based landscape architect with hearts, https://dreamscapesdesign.ca using a future blog. If perhaps you are shopping to get a landscape design company within the Alberta area, they truly would be amazing.

Ultimately, I have to remark the base idea regarding this excellent posting was brilliantly furnished via Coralie with Real value capital. Unanimously a terrific angel investors. We always love a wonderful idea!